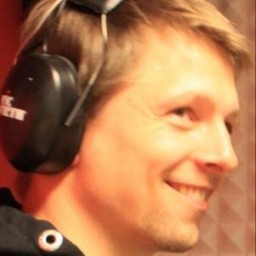 Choosing the right bass drum mic isn't easy, and neither it is inexpensive. To help you make a good buying decision, I put together this DPA 4055 kick drum microphone review. I hope you will like the specs and audio samples I uploaded for a better understanding of what this (not only) bass drum microphone can do for you.

Disclosure: This article may contain affiliate links, which means, that I will earn a commission if you decide to make a purchase using those links. This doesn't cost you anything! Here's more info about affiliate links.

Good morning, and thanks a lot for visiting Midnightdrummer.com today!

If you want to record drums or play live on stage, you will need a reliable kick drum microphone that captures the sound of your bass drum.

There are plenty of kick drum mics and on June 1st 2022, another was added to the infinite drumming universe – the DPA 4055 kick drum microphone and here's what it can do for you:

The DPA 4055 kick drum microphone is a brand-new mic and has been released to the public on June 1st, 2022 – click here to check the latest price.
Although there are plenty of bass drum microphones available on the market already, this condenser microphone has a lot of reasons why it exists!
Firstly, the DPA 4055 is a condenser microphone, which is really rare for a kick drum mic. This leads to more sensitivity and a more detailed recording of the source.
Secondly, it's quite small, and therefore it's easy to position it anywhere inside and around a drum or any other source.
Thirdly, it is a great versatile microphone for any kind of music genre, and it's not only capable of recording kick drums.

The DPA 4055 comes in a great build quality and there's nothing to complain of at all.

The DPA 4055 bass drum microphone comes with a sturdy gig-bag and a softcase. In addition, a nice metal mic clip completes the product contents.

Why would any drummer, audio-engineer or the world require another bass drum microphone like the DPA 4055?

That' was the very 1st question I asked myself when I heard of this new product from Denmark.

First, this is, what the DPA 4055 kick drum microphone looks like:

Therefore, it's easy to position it also on the batter head side of the kick drum without interfering with your knees, bass drum pedal or floor tom:

Another interesting aspect of the DPA 4055 is, that it is a condenser- and not a dynamic microphone like “all” the others available on the market.

Still, this condenser microphone is capable of dealing with crazy high sound pressure levels (SPL) – up to 164 dB, which probably no drummer on earth will ever reach.

What's the difference between a dynamic and a condenser microphone?

Why did DPA choose to create a condenser mic for bass drum recordings, whereas all other companies built dynamic kick drum mics?

That's a good question, and here's a very short answer:

The main difference between a dynamic and a condenser microphone is the way how the microphone picks up sound and converts it into an electrical signal.

Condenser microphones need to be powered by an external source (phantom power) which is provided by most audio interfaces, mixing consoles, power mixers and so on.

Due to its construction, most condenser mics come with a higher sensitivity than dynamic microphones. That's why this type of mics is often used for voice recordings, violin, guitar, and overheads for example.

You can find a more detailed comparison between condenser and dynamic microphones in the resources section.

In conclusion: DPA's main objective was to build a microphone which is capable of picking up all the tiny details of a kick drum and decided, that this can only be done by a condenser mic.

You can hear yourself, what the microphone sounds like on my bass drums here.

What's inside the box?

The DPA 4055 bass drum microphone comes with a sturdy case and a second bag.

You can see both here:

The microphone clip is quite innovative and worth mentioning. I haven't seen anything like this before, and it's comparable to the conventional clips everybody knows.

You can attach the clip to the microphone and tighten it up by turning it until it is fixed to the DPA 4055.

What does the DPA 4055 bass drum microphone sound like?

I recorded both sides of my 20" x 17" Yamaha Birch Custom Absolute bass drum in different angles and distances to the batter head.

Recording the batter side

As mentioned above, positioning the DPA 4055 kick drum microphone in front of the batter head isn't any problem at all.

But why would anybody record a bass drum from the batter head side at all?

I picked 3 distances from the head and the differences in sound are very well audible:

The second audio sample was recorded approximately 7 to 8 inches (ca. 20 cm) away from the batter head:

Recording the resonance side

Of course, I also recorded my kick drum the “conventional way” at the resonance head.

Entrance of the resonance hole

I recorded the 1st audio sample at the very beginning of the sound hole of my bass drum.

I positioned the DPA 4055 bass drum microphone directly to the point, where the beater of my kick drum pedal hits the drum head.

I recorded the 2nd audio sample 1 to 2 inches (ca. 5 cm) inside the bass drum, and it sounds like this:

This time I only recorded the resonance head without a sound hole:

DPA describes the DPA 4055 polar pattern as an “open” cardioid characteristic. This is another feature which differs from other kick drum mics, which usually come with a cardioid polar pattern.

You can find more about microphone specifications in the resources box below.

Frequency response of the DPA 4055

Last, not least, we need to mention the frequency response curve of the DPA 4055.

You can see it here:

As you can see, the frequency response is quite flat, but is being influenced by the angle you use when positioning the DPA 4055.

With that said, the DPA 4055 kick drum microphone is very versatile and is capable of capturing sound for any music genre from Rock to Pop, Metal, Jazz, Latin and so on.

The DPA 4055 mic is another fantastic tool to shape your audio in the studio and on stage, too. Due to its specs and size, it can be used in a variety of recording scenarios, different instruments and in all music styles.

If you are looking for a microphone which is meant to record kick drums, but can do a lot more than that, this is the mic for you!

I hope, that I was able to help with this DPA 4055 kick drum microphone review to make a buying decision.

Let me know what you think about this mic in the comments.

I am happy to help!

Here you can read more about-me.

Keno is a professional drummer & blogger from Hamburg, Germany.
In his career, he played drums for prominent artists like Elton John and popular German bands like Rosenstolz, Big Soul and others.
Since 2004 he's also teaching drums to students of all age-groups from beginners to advanced and semi-professional drummers.

He loves kitesurfing in Germany's North Sea & Egypt's Red Sea, cooking, and he is a big supporter of the HSV football team.

Disclosure: This article may contain affiliate links, which means, that I will earn a commission if you decide to make a purchase using those links.
This doesn't cost you anything!
Here's more info about affiliate links. 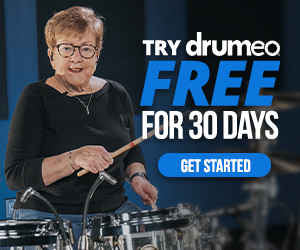 Learn how to use Ezdrummer 3 with your electronic kit.
READ MORE

Learn how to play your
1st easy drum beats

Please log in again. The login page will open in a new tab. After logging in you can close it and return to this page.